Increase sustainability and save money with a smart building

It’s not just phones, TVs, and watches that are smart; the buildings we work in are becoming smarter too.

But what exactly is a smart building? How can it help the environment, increase productivity, and boost your bottom line all at the same time?

What is a smart building?

What is a smart building? A smart building uses a building automation system (BAS) to let users control them from a central hub or handheld device, such as a smartphone. A smart building system links together various systems, giving users complete control over several processes simultaneously and allowing for data collection that can lead to energy savings based on insights from data gathered.

Smart systems are essentially the same on a grander scale. Instead of a single device operating a single piece of technology, various systems can be linked together giving users complete control over several processes simultaneously.

The smart bit comes from a variety of sources. One, is from additional technology, such as sensors. By keeping tabs on the environment, these sensors relay information, process it, and send instructions to the relevant system—for example detecting if someone walks into or out of a room and switching lights on or off accordingly. Sophisticated systems take this one step further. For instance—analyzing the amount of natural daylight in order to adapt the level of internal lighting, or measuring energy usage so that a facilities manager can make proactive changes to the system in order to save money.

Sensors can also be used to detect more subtle variances. A smart enough HVAC system could detect a rise or fall in temperature, activate the relevant system, and restore the predetermined setting.

Ultimately, a BAS can be as clever and intuitive as you want it to be, linking up numerous systems to one user interface. A prime example of smart technology at its best is The Edge building in Amsterdam. Boasting 28,000 sensors that analyse heat, light, humidity, and motion, users can set the optimum working environment.

But that’s not the only smart part. Technology also generates big data. Interpreting this information can help users make informed decisions about their energy consumption. It enables facilities managers to track the energy used in a building and make changes to the BAS to improve operations and increase efficiency.

Granted, data can be overwhelming, but quick wins can be made by acting on simple details, like switching lights off and turning down heating when the building’s empty. Data also provides information on the cost of each kWh, helping determine whether or not you really have the best value.

When it comes to energy use by sector, more than a quarter (29%) of all energy goes towards powering retail outlets and offices. If we extend the meaning of commercial to describe any public building (including hospitals, schools, and nursing homes) that figure rises to 53%.

The majority of that energy is used as electricity, most of which (64%) is made by burning fossil fuels—with one of the biggest by-products being carbon dioxide.

It’s clear then, that any reduction in energy consumption is a positive move forward. With the commercial sector leading the way in energy use, it seems right that it should also pave the way forward in reduction, as it benefits not only the planet, but also saves costs, creating a win-win situation.

Smart buildings help lower energy use and save money by getting users to change their habits. A report for The American Council for an Energy Efficient Economy (ACEEE) estimates that smart technology could reduce the annual energy consumption of an average office by up to:

When operational energy costs spiral into the thousands or even millions each year, any cuts in usage could equate to significant financial savings.

Although initial investment needs to be forthcoming, the outlay doesn’t have to be huge so smaller offices can still do their bit. Plus, medium to long-term savings should see firms recoup their costs—but where to start?

HVAC systems account for more than 50% of energy use in commercial buildings, so it makes sense to look at energy efficiency here first. As a guide, the ACEEE report sets out various types of smart technology with approximate installation costs and potential annual percentage savings. While the report provides guidance, final cost for any smart technology will ultimately depend on factors unique to each building (such as size, occupants, and whether controls can be integrated into existing systems.

The long-term benefits of a smart building don’t end with sustainability and reduced operational expenditure. Giving employees control over their working environment boosts happiness and in turn, productivity.

Research from the Center for Health and the Global Environment at Harvard showcases data supporting the idea that a productive workforce is a comfortable workforce. Researchers concluded that green buildings (with improved ventilation and lower toxin levels in the air) improved employees’ cognitive performance and made them more alert.

In addition to this, a study led by Chicago University’s Interdepartmental Neuroscience Program found that exposure to daylight benefited sleep and had an all-round positive effect on quality of life. More light meant workers slept an average of 46 extra minutes each night.

Exposure to daylight and a little extra sleep might not sound life changing, but sleep is vital, enabling us to think, communicate, and function effectively. Quality of sleep can also have a long-term influence on mental well-being. Reinforcing this is Public Health England (PHE) who highlight a link between poor sleep and an increased risk of high blood pressure, diabetes, and heart disease. It can also lower immunity.

What all this tells us, is that a good daytime working environment is essential for good physical and mental health. Common sense tells us that alert, happy and healthy employees are more desirable than an overweight, obese workforce prone to making rash decisions and susceptible to workplace accidents.

The evidence makes it clear that smart buildings are good for both the environment and our health, but how do we recognize a smart building?

Unsurprisingly, the need to measure and assess green, smart buildings has subsequently increased. Fulfilling the demand are a handful of accreditation programs and schemes, which are guiding the way towards improved building design and maintenance.

One widely acknowledged scheme is Energy Star which measures energy performance. Buildings that gain certification are in the country’s top 25% for energy efficiency.

Taking a more holistic approach are programs like the Leadership in Energy and Environmental Design (LEED®) and the Building Research Establishment Environmental Assessment Method (BREEAM).

Focusing on areas such as site development, waste management, water and energy efficiency, as well as the internal environment they are a comprehensive tool for assessment. Crucially, LEED and BREEAM accreditation aren’t just for new builds; retrofitted buildings can also be assessed in order to identify ways to improve sustainability.

These standards of excellence are helping push the boundaries of sustainable design, construction, and maintenance. This isn’t just for the sake of global sustainability, but for the individuals who work inside them too, and there’s no sign of the sector diminishing anytime soon.

Figures from LEED highlight that demand for green buildings and construction is being fueled by both clients and the market (35% and 33% respectively). LEED also valued the sustainable building market at $260 billion back in 2013 with the trend only set to rise across the globe.

A survey by Neilson discovered that 55% of individuals are positively influenced by firms who take CSR seriously. That figure is a 5% rise from 2012 and a 10% increase from 2011 illustrating the growing desire by individuals to care more about the environment, health, and well-being than ever before.

Building on the foundations of change

In their annual energy outlook, the EIA assumes that commercial floor space will rise by around 1% each year. With 87 million square feet already in existence, 1% is a significant increase.

This growth highlights that there’s vast scope for buildings to adopt and adapt to smart technology. Its importance can’t be stressed enough.

Despite greater use of renewables, figures from the World Resources Institute (WRI) show CO2 emissions are on the rise and the world’s major players simply aren’t doing enough to curb carbon energy use. The WRI’s assertions are confirmed by EIA statistics.

EIA data shows fossil fuel use in the US commercial sector actually increased in 2017 and 2018. Early indications for 2019 based on January and February totals, are that 2019 will be no different.

We know that producing and using energy are the biggest drivers of global greenhouse gases. We also know that commercial buildings are some of the heaviest energy consumers in the world. If commercial buildings could harness even just some elements of smart technology, the long term benefits for all of humanity and the planet, could be profound.

Looking to introduce new initiatives into your facilities management team? Contact us today to get started and discover how OfficeSpace Software can standardize your tasks. 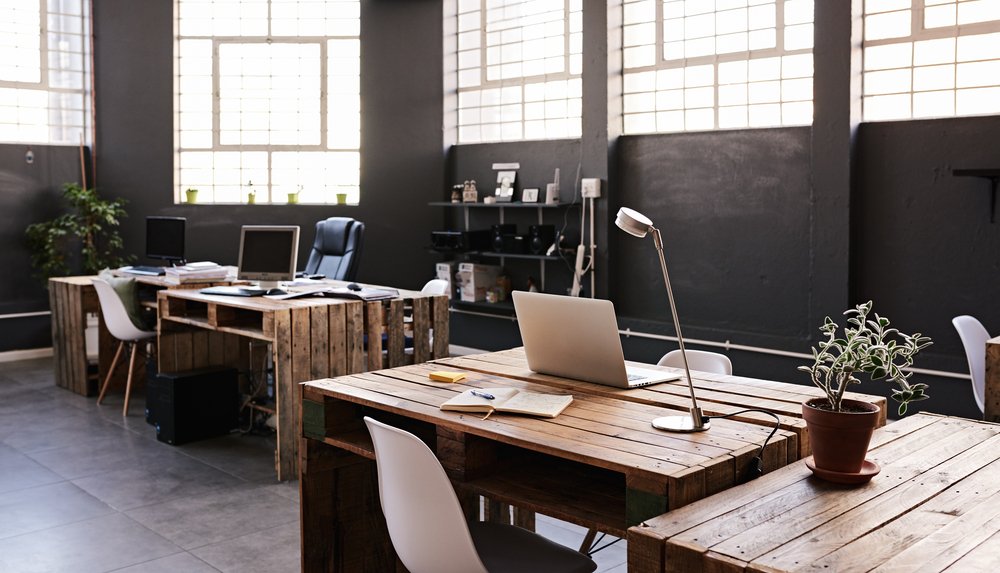 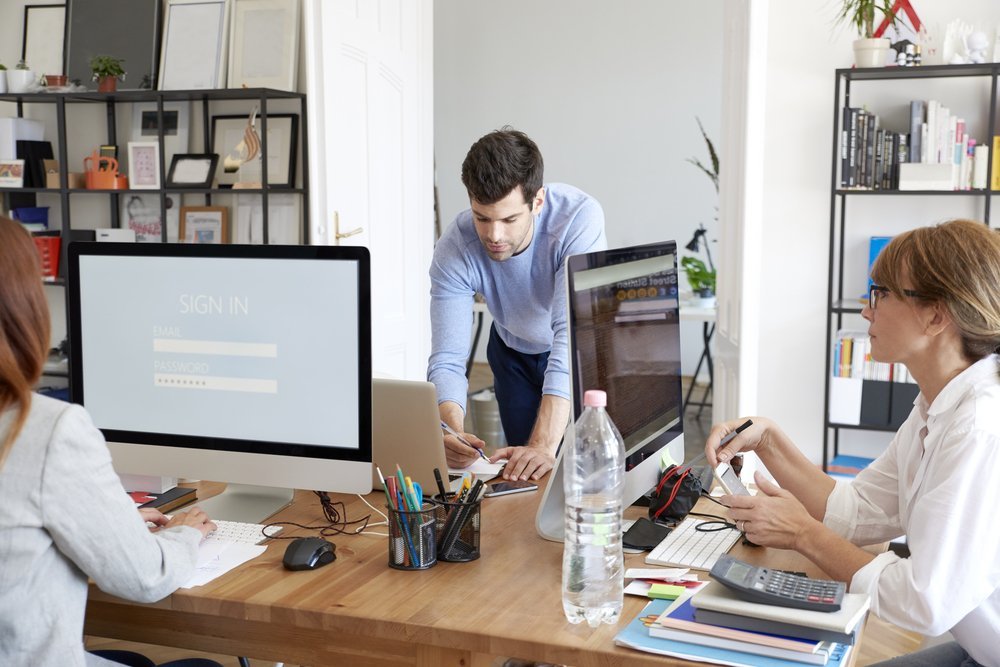 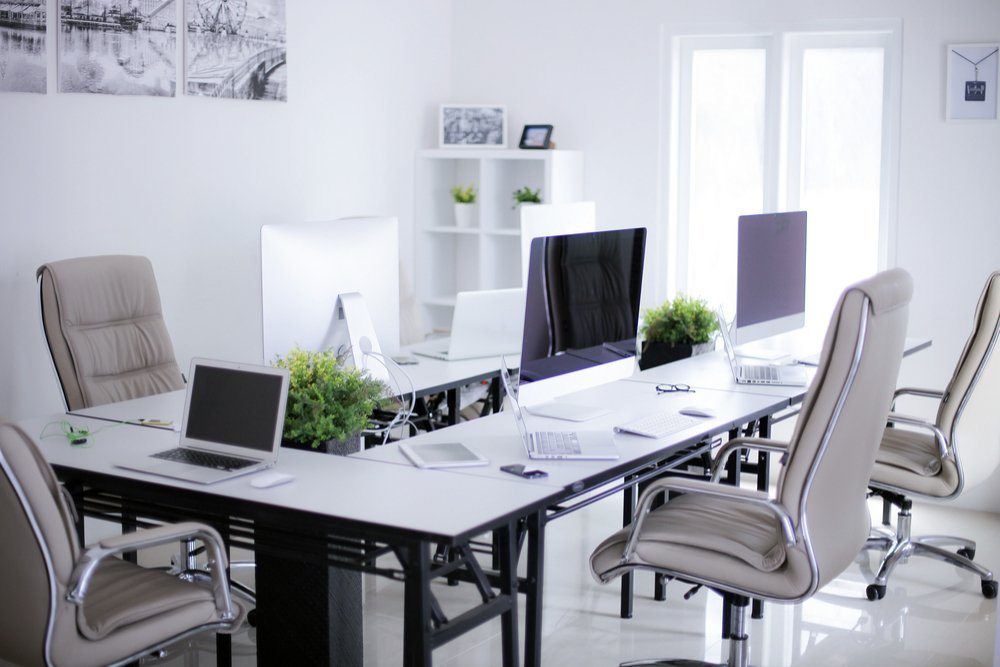 Office Design What’s the difference between an agile workspace and an activity-based workspace?
03/24/21
Share

The FM Professional What is stack planning and how can FMs use stack plans to increase efficiency?
03/17/21
Share