Being an FM in 2018 requires much more than a surface-level understanding about facilities. While specialized knowledge still applies, the modern FM has to have a much deeper pool of industry insights to do their job in a rapidly changing workforce that is becoming increasingly tied to advances in technology.

Mindy Williams-McElearney is the VP, Client Services at L&K Partners and the IFMA New York City Chapter President and she has seen this shift take place in front of her very eyes. With over 20 years in the design and construction industries and over 12 years as an active IFMA member, Mindy has recognized the accelerated pace at which the FM industry is moving, especially as of late, and shares what areas industry professionals should focus on.

You’ve been the President of the IFMA New York City Chapter for four years. What are some of the biggest changes you’ve seen in the FM industry from when you started up to now?

Williams-McElearney: When I first joined IFMA, FMs were in-house staff. Over the course of my involvement with IFMA, we’ve seen a big shift in outsourcing and a lot of people who used to be in-house FMs are now outsourced to companies. That’s where the big difference has been among our membership base.

When you look at facilities as an industry, I think the technology has changed the way we view things as well. It’s becoming harder and harder to hire from within when you’re looking to fill a position in your FM department because you can’t just have someone who is working in the mailroom and now taking on facilities — they need to have a broader understanding of the building operational systems as well as the emerging technologies and supporting software systems that are being implemented in the new buildings coming online in New York City. Many landlords are upgrading their buildings’ existing infrastructure to incorporate smart technologies to compete with the newer buildings and the FM of today and tomorrow needs to be well versed in these systems. 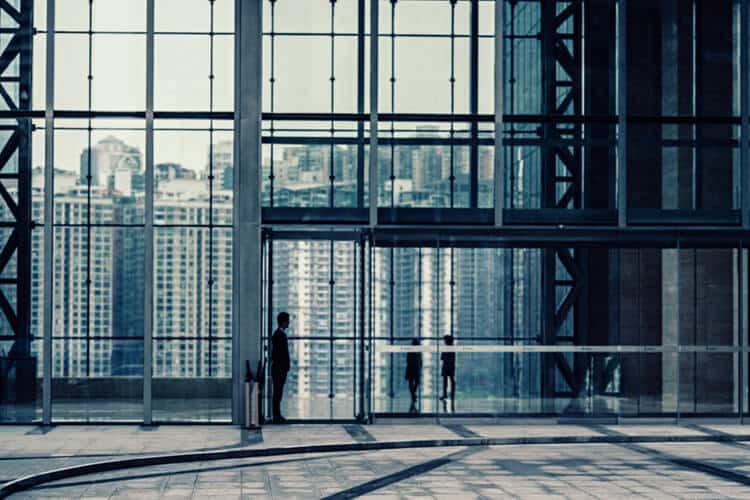 Could you share some of your observations on organizations using activity-based working or hot-desking? How are they addressing the cultural adoption of these strategies?

Williams-McElearney: I think that type of environment works for some companies and doesn’t work for others. I have a client that just adopted activity-based working and it works really well for them. It has enabled them to reduce their overall real estate footprint by not having the need for as a much “individual” space. In the same respect, they’re installing benching desks and everyone is out in the open. So, while they’re able to fit more people into a smaller space, they then have to allocate certain areas for more meeting rooms, phone booths and collaboration spaces.

In some instances, hot-desking just doesn’t work. It’s not a one-size-fits-all application.  Depending on the type of company and even as granular as the particular department, workstyles can vary wildly, so each project should be evaluated on a case-by-case basis. How do you think activity-based working and hot-desking have impacted the traditional FM role and list of duties? Do you think it’s made the job easier or more difficult?

Williams-McElearney: I think it’s made it a little more complicated. When you have an environment like that, you have certain issues that come along with it. For example, you have to consider the technology behind noise control like sound masking. Then you also need to have technology to track what desks are available and where. Some companies don’t assign desks, but they assign a department to a certain neighborhood within the office. For example, while you might not always get that desk next to the window, you’re in the same area on the east side of the second floor.

These ways of working can be effective if the company invests in the right kind of technology. There has to be great WiFi coverage and boosters that allow a ton of users to be able to be on that WiFi at the same time. It requires FMs to be more versed in the technology that’s out there in our industry. I also think when you have those open collaboration environments, the current trend is to treat people the way that you would be treated at a hotel versus a corporate environment. Particularly in New York, there seems to be a growing trend for office environments being designed to look more residential with lounges, sofas, dining tables and kitchens. Have you noticed this trend as well and do you have any insights into how it is performing for organizations that have adopted this style?

Williams-McElearney: I think some of these design trends are working well right now because of the workforce and the generation that we’re hiring at the moment. This labor force is very used to working on laptops from their kitchen tables or on desks in their dorm rooms and communicating through Skype.

This residential trend you’re seeing right now is very appropriate for the workforce companies recruiting for, but who knows what the next generational wave will bring. There was a time when offices with high panels worked: people came in, went to their desks and just put their head down to work all day long before leaving at 5 p.m. to go home and eat dinner with their partner and kids.

That’s changing because we no longer have those boundaries and divides at our day job. Our hours are generally as long as we’re awake and have our phone in our hands or next to us. Technology is allowing you to respond more rapidly, so now people expect you to respond no matter what. If it’s 10 p.m. or later, you might get a pass, but if your email goes off on the weekend and it’s on your company device — they expect you to respond.

I think the residential design is intentional because companies want their employees to feel like they’re at home so that they’re more relaxed and more comfortable. They want them to eat breakfast, lunch and dinner there — they want them in that space for as long as possible. They give them as many perks as they can think of to keep them in that space. If they go out for lunch or leave for dinner then that stops productivity, but if a company provides those perks in-house then they’re still talking to their peers and having free-flowing conversations that can result in great ideas.

That’s what these companies are aiming to achieve. They’re aiming to create an environment that feels like home and less like work so their employees stay there longer and feel more comfortable so those random productive conversations can occur more often.

What are some of the biggest design trends you’ve recently identified in office spaces and how do you think the design should be approached from an FM perspective? What are people asking for now that they weren’t asking for 5-10 years ago?

Williams-McElearney: I work with a mix of different kinds of clients whether they’re in technology, finance or advertising and some of the companies that have the most money aren’t really spending a ton of money on office aesthetics anymore. They want it to look nice, but they’re not spending top dollar on finishes and material for walls, floors and ceilings.

One big trend is lighting; access to lighting and natural lighting. More and more of the workforce are not just asking for it, but expecting it and demanding it. They also want more accountability for being environmentally aware and diligent, they’re looking for the company they work for to be cognizant of the amount of energy they consume and how they handle their waste and recycling.

Technology is a big factor and a lot of the money that companies are spending right now is going towards investment in new technology, things like the hardware they provide to their employees to work from anywhere — “anywhere” could be in the office or at home. They are also investing heavily in AV and IT. Nothing is more frustrating than being ready and motivated to get work done, only to be hampered by subpar technology and equipment.

Find out more about the IFMA New York City Chapter and how to get involved at their website. For more information about how L&K Partners can help your organization with its construction management needs, click here.

What do you think the modern FM needs to know in order to thrive in the current industry landscape? Join the conversation and leave us a comment below.